Ephemeral messaging service, Snapchat (Android | iOS), made waves today after 13GB of stolen user images were leaked onto the anonymous internet forum 4chan. Snapchat’s claim to fame is that it allows users to send friends auto-destructing photos, videos and texts but this leak proves that there are still ways to store these “disappearing” messages. It all sounds a bit scary but your photos are probably safe. Here’s why.

Snapchat responded quickly to the leak and issued a statement that none of the company’s servers have been breached. Here’s Snapchat’s official statement. 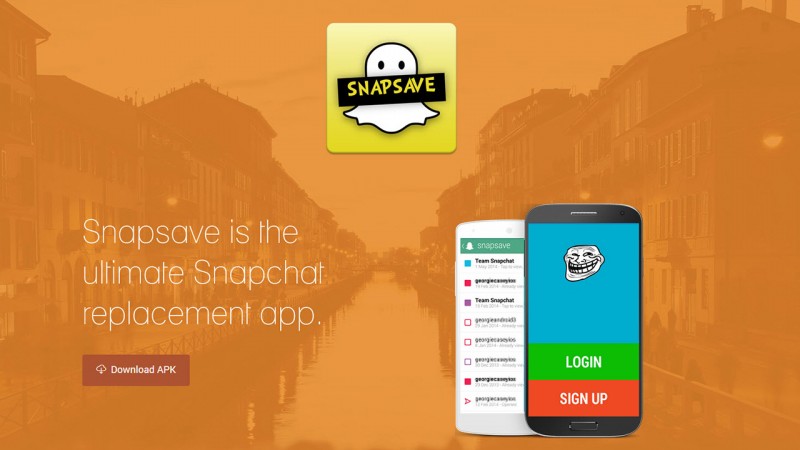 “We can confirm that Snapchat’s servers were never breached and were not the source of these leaks. Snapchatters were victimized by their use of third-party apps to send and receive Snaps, a practice that we expressly prohibit in our Terms of Use precisely because they compromise our users’ security. We vigilantly monitor the App Store and Google Play for illegal third-party apps and have succeeded in getting many of these removed.”

These third-party apps allowed users to save their friend’s Snapchats without them knowing. Snapchat has a feature built into the app that alerts you when someone screenshots your snap. This feature is easily defeated by third-party apps abusing Snapchat’s developer tools.

Anonymous posters on 4chan claim that a particular third-party app named Snapsaved was responsible for the breach, although other similar apps exist. Snapchat does what it can to take these apps down from app stores but some slip through the cracks.

Snapsave representative Georgie Casey responded to Engadget saying “Our app had nothing to do with it and we’ve never logged username/passwords.” Casey also claims the company doesn’t run a cloud setup, and thus cannot save user’s images. Snapsaved.com, a site that’s independent from the Snapsave app, has been taken offline and is now a blank page. However, the Snapsave Android app website is still up and users can still download the app.

Since half of Snapchat’s users are teenagers between the ages of 13 and 17, those responsible for the leak will face child pornography charges if found.

This isn’t the first time Snapchat faced an embarrassing security debacle. In January this year, Snapchat was hacked, exposing usernames and phone numbers of 4.6 million users. The hack resulted in a barrage of spam sent to users featuring random advertisements for smoothies and more.

If you haven’t given out your username and password to third-party apps and sites, your photos and your friend’s photos should be safe. If, however, one of your friends used Snapsave, your photos may be at risk. This should serve as a warning for users looking for ways to save their friend’s snaps: don’t trust third-party apps that violate Snapchat’s terms of service.

UPDATE: The article has been updated to clarify that Snapsaved.com is independent from the Snapsaved app.

Microsoft collects your data in Windows 10 preview, but it’s not a ‘keylogger’

Which is safest: Android, iOS or Windows Phone?

How to create custom lenses on Snapchat